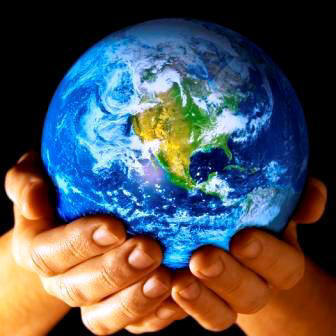 WHAT CAN I DO?

A sermon preached at Lyonsville Congregational United Church of Christ on March 15, 2015 (Fourth Sunday in Lent)

And just as Moses lifted up the serpent in the wilderness, so must the Son of Man be lifted up, 15that whoever believes in him may have eternal life.

16“For God so loved the world that he gave his only Son, so that everyone who believes in him may not perish but may have eternal life.

17“Indeed, God did not send the Son into the world to condemn the world, but in order that the world might be saved through him. 18Those who believe in him are not condemned; but those who do not believe are condemned already, because they have not believed in the name of the only Son of God. 19And this is the judgment, that the light has come into the world, and people loved darkness rather than light because their deeds were evil. 20For all who do evil hate the light and do not come to the light, so that their deeds may not be exposed. 21But those who do what is true come to the light, so that it may be clearly seen that their deeds have been done in God.”            – John 3:14-21

This Lent I have been talking about what I believe is one of the most important issues we face in this 21st century as citizens of the United States, inhabitants of the world, and as people of faith – climate change. I started this series by talking about the difference between weather and climate, and the evidence that global climate is warming. That is a major concern because of the ways it could potentially affect life on earth. Last week I presented some of the evidence that this warming is caused by human activity – specifically burning fossil fuels (coal, oil, gasoline, natural gas, etc.).

This is an important economic and political issue. Everyone should be concerned about climate change, no matter what religion they practice (or not). A lot of economists warn about leaving government debts to future generations — but many young people are worried about the kind of world we will leave them. As people of faith, we should be especially concerned about climate change because for us, it is a faith issue. We believe that God created the earth and gave it to humans to use, but also to care for. Care of the earth is like stewardship of any of the gifts God has given to us – money, abilities, gifts, etc. They are given so that we might use them for the common good. They are not given so that we might just use them for our own selfish purposes.

God cares about how we care for the earth. The people who wrote the Bible never had to deal with the possibility that humans might have an impact on climate. They could probably never even imagine such a thing happening! So there are no commandments in the Bible that are directly applicable to this current situation. No, “Thou shalt not burn fuels on the Sabbath,” or anything like that. Perhaps the best scripture text that would help us to understand God’s intent is a passage from Leviticus 25 that says that the people of Israel were to let their fields rest one year in every seven – a Sabbath for the Lord. God knew – and the people came to understand – that the human activity of farming is hard on the land. Like all living things, soil needs rest. And so, for the good of the land and for future generations of its inhabitants, a time of rest was decreed. It is clear from this text that the land is not ours, but a gift from God for our benefit and the benefit of posterity, and we must care for it.

In a similar manner, I believe we are called in our day to give the earth some rest from the human activity of burning fossil fuels that is putting stress on the planet.

Today I will talk about some things we might do in response to climate change by using less energy and putting less carbon dioxide into the air. There are no quick fixes that we know about. It will take years of changing habits in order to make a difference. But it is possible.

I have included in the bulletin a sheet with many suggestions about what we can do to make a change. I borrowed this from Rev. Terry Gallagher, who will be our preacher next Sunday. What I like about this is that it has three different levels of response: “Toe-Dipping,” “Getting in Deeper,” and “Immersed as a Way of Life.” It gives us a place to start, but also room to grow. If you would like to learn more about any of these ideas, ask me. I also have some books that might be good resources.

I hope you will look at these ideas in more detail. I’m sure none of us can do all of them. Our individual circumstances will determine what we can do. But the intent of all of them is to help us reduce the amount of energy we use – whether it is for transportation, or heating or cooling or lighting our homes, or our eating habits.

I know it is not easy to make these kinds of changes. Most of us grew up in a time when energy was cheap and we didn’t have to worry about wasting some. If you are like me, you do many things by habit – without thinking. That needs to change. Some of these changes will mean that we might have to suffer some inconvenience, or even some discomfort. So why should we do that?

In this season of Lent, we Christians remember the story of the end of Jesus’ life – his death on a cross for our sake – for the sake of “the world.” That was a gift of amazing grace to us. But Jesus also said, “If any want to become my followers, let them deny themselves and take up their cross and follow me.” (Matthew 16:24)

This is hard! Many Christians would like to forget about this. They think that being a Christian and part of a church is supposed to make life easier and better. It may even bring us financial riches! Isn’t that what belief is for?

But Jesus warned us that following him means that we will all have our own crosses to bear. When many people use that phrase, they are usually referring to some illness or misfortune that has happened to them. But to Jesus, bearing the cross was something that he did knowingly — even willingly. And we are called to do the same in order to follow in the Way of Christ.

In the first centuries of the church, being a Christian was sometimes outlawed by the Roman Empire because it was thought to be unpatriotic and subversive. Christians refused to worship the Emperor and the Empire – they pledged their loyalty to an unseen God and a crucified criminal. So for many of the first disciples, the cross they might have to bear was the very real possibility that they might eventually be arrested and put to death just as Jesus was. And they did it – willingly, and even joyfully!

My guess is that very few of us will face any such danger for being a Christian. But consciously making an effort to use less energy from fossil fuels might be one of the crosses we are asked to bear. The cross of awareness; the cross of self-discipline; the cross of extra cost – at least in the short term.

I know some of you have wondered what this global climate change stuff has to do with Lent. But I think Lent is the perfect time to start reducing our energy use. Lent has traditionally been a time of confession and repentance, of self-discipline, and fasting. It is a time to change our selfish and wasteful ways. It is a time to be more thoughtful and intentional. It is a time to fast – not from chocolate, but from something that really makes a difference for our world and for others. That is the kind of fast that God desires.

Look at the ways you can fast from energy use: from excessive or gas-wasting driving; from wasting electricity; from eating meat (once a week or more). Try one of those ideas, and each time you do it, make it a time of prayer to bring you closer to God and God’s will. Give thanks that we have the choice to use energy when we really need it, because many people in our world go without heat or air conditioning or light or transportation.

The author of the letter to the Ephesians wrote to those new Christians, reminding them of the way they had once lived – following the “ruler of the power of the air… following the desires of flesh and senses….” The modern paraphrase of the Bible called “The Message” puts it like this:

I think that is the way many of us have lived in the way we have used energy. We have followed the urging of our consumer culture to satisfy every desire without a thought for how it might impact others or our earth. But now, God calls us to a higher level of consciousness in our living: to care for the world, because God cares for the world. God calls us to repent.

I am trying to change my old ways. I am trying to use energy more efficiently. I hope you will also think about what you might do personally, and what we might do as a church, in this season of Lent, and for the rest of our lives.